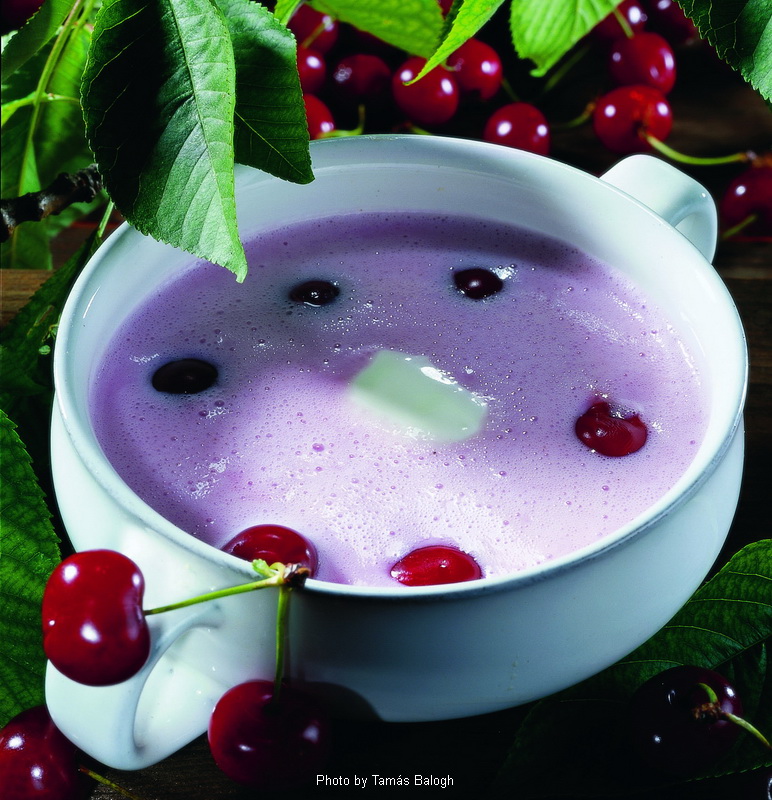 Prepare a spice essence by boiling the cinnamon and the cloves in C cup of water for 4-5 minutes then straining it. Remove the stems and pits of the cherry, put into the remaining water to cook. Add the salt, sugar, lemon juice and the spice essence. Bring to a boil, then reduce heat. Cook for about 8 minutes until cherries are tender. Mix smooth the cream and the sour cream with the flour, then spoon in a bit of the hot soup to prevent it from curdling later. Strain into the soup, boil for another 2-3 minutes to let the soup thicken a bit. Cool well. Decorate with whipped cream if desired before serving.